Here is a collection of articles that you may be interested in reading.

A Statistics Canada survey found there are approximately 30,000
concussions or related head injuries reported annually among the
12-to-19-year-old age group. Sixty six per cent of those concussions are
related to sports activity.

The true numbers are staggering …
•Traumatic Brain Injury occurs 500 out of 100,000 individuals yearly in
Canada with 18,000 alone in Ontario and every day there are 35 persons
admitted to hospital
•Over 5,000 children in Canada will be seriously injured
•Every year in Canada, over 11,000 people die as a result of a Traumatic
Brain Injury
•Each year over 6,000 become permanently disabled after a traumatic brain
injury
•Acquired brain injury is the leading cause of death and disability for
Canadians under the age 35
•Within the next hour, 6 Canadians will suffer a brain injury
•An estimated 1.3 million Canadians are living with and an acquired brain
injury
•Close to 500,000 people in Ontario are living with an acquired brain injury
•1 in 10 people will know someone who will suffer a brain injury this year
•About 3,000 of these will be left with physical cognitive/and or
behavioural consequences severe enough to prevent them from returning to
pre-injury lifestyles
•465 people suffer a brain injury daily in Canada, this amounts to one
person injured every 3 minutes
•The highest incidence of traumatic brain injury are men aged 16-24, men
experience brain injury twice as often than female
•The greatest killer under the age of 45, the greatest disabler under the
age 44 and kills more children under the age 20 than any other causes
combined
•85% of all cyclists deaths in Canada involve a brain injury
•1 in 5 sport related injuries are head injuries (concussions)
•Occurs at a rate of 100 times of spinal cord injury
•When injury due to stroke or other non-traumatic causes is included,
close to 4% of the population of Canada live with a brain injury.

Traumatic brain injury (TBI), typically resulting from vehicle accidents, sports injuries or acts of violence, is a major public health concern. Survivors often face lifelong impairments affecting functional status, memory, cognition, language, and mood, as well as physical functioning and metabolism. Within the past three years, a clear cause and effect has been established – post TBI hormonal deficiency syndrome. Prior to this new knowledge patients have been treated with symptomatic protocols that simply did not work.
There is an increasing amount of evidence to suggest that post TBI hormonal deficiency syndrome affects many people who have sustained TBI and mild TBI, and research is now beginning to show that replacement of deficient hormones can lead to significant improvements.
Survivors of such head trauma often suffer from impairment of cognition, language, and mood, as well as physical functioning. However, more recent research suggests that relatively mild trauma can be enough to cause a TBI and post TBI hormonal deficiency.

Motor vehicle accidents and sports, such as boxing, martial arts, wresting, football, are common causes of TBI. As are slips and falls, blunt trauma, and shaken trauma. Even seemingly innocuous rides at amusement parks can be violent enough to cause jarring of the stock of the pituitary that can predispose us to TBI.

Studies have found that GH deficiency and secondary hypogonadism were the most common
acquired pituitary defects induced by TBI in the transition phase when children grow to adolescent. The results of this study suggest that it is extremely important to give all prepubescent children who have sustained a head injury a total hormone assessment, because that head injury may cause post TBI hormonal deficiency syndrome, which could cause a whole range of problems, including short stature, personality changes, functional disability, and problems with language skills and school skills. The most recent literature suggests that hormone levels should be determined immediately after the injury and then again
a few weeks later.

Any brain function can be disrupted by TBI. Symptoms of post TBI hormonal deficiency syndrome include: excessive sleepiness, inattention, difficulty concentrating, impaired memory, an inability to learn new things, faulty judgment, depression, irritability, emotional outbursts, disturbed sleep, diminished libido, difficulty switching between two tasks, and slowed thinking.
The first and foremost thing to do in order to diagnose, or rule out, post TBI hormonal deficiency syndrome is evaluate the patient – regardless of their age.
Remember, even very mild head injuries can have their consequences – they may be subtle but they are also long-term consequences.

Conventional medications (antidepressants, anti-anxiety, anti-seizure, anti-psychotic, and narcotics) do nothing to address the underlying causes that create the symptoms associated with TBI (Post-Concussion Syndrome) because they do not replenish the missing hormones. Many individuals under conventional treatment become further dysfunctional from the over-load of medications used for treating the superficial complaints.

Take some time and review the medical articles that are being published addressing and acknowledging the association between TBI and Hormonal Dysfunction.

An estimated 1.9 million Americans sustain a TBI each year. Approximately half of these cases result in at least short-term disability, and approximately 52,000 of those people die from their injuries. Of those that survive, many will develop progressive hormonal deficiencies, which lead to post concussion syndrome or post TBI hormonal deficiency syndrome, a cascade of deficiencies of hormones that will affect every aspect of functioning and will have a dramatic effect upon the patient’s quality of life.

Merriam et al found that just 20% of adults with growth hormone (GH) deficiency have a history of childhood-onset GH deficiency. Therefore, the remaining 80% are acquired in adult life, usually through acquired damage to the pituitary-hypothalamic region caused by TBI. Post TBI hormonal deficiency syndrome is typically associated with severe head traumas with a Glasgow Coma Score of less than 7 or 8 with loss of consciousness and coma. Survivors of such head trauma often suffer from impairment of cognition, language, and mood, as well as physical functioning.

However, more recent research suggests that relatively mild trauma can be enough to cause a TBI and post TBI hormonal deficiency. Motor vehicle accidents and sports, such as boxing, martial arts, wresting, football, are common causes of TBI. As are slips and falls, blunt trauma, and shaken trauma. Even seemingly innocuous rides at amusement parks can be violent enough to cause jarring of the stock of the pituitary that can predispose us to TBI.

Role of the GH/IGF-1 axis in neurogenesis.

2009 Nov 24 Aberg D. Dept of Internal Medicine, Institute of Medicine, Sahlgrenska University Hospital, University of Gothenburg, Gothenburg, Sweden. The growth hormone/insulin-like growth factor 1 (GH/IGF-1) axis is not only involved in brain growth, development and myelination, but also in brain plasticity as indexed by neurogenesis. This may have links to various cognitive effects of GH and IGF-1. GH and IGF-1 affect the genesis of neurons, astrocytes, endothelial cells and oligodendrocytes. Specifically, IGF-1 increases progenitor cell proliferation and numbers of new neurons, oligodendrocytes, and blood vessels in the dentate gyrus of the hippocampus. In the adult cerebral cortex IGF-1 only affects oligodendrogenesis. Recently, GH therapy has also been shown to induce cell genesis in the adult brain. The profile of effects by GH therapy may be somewhat different than that of IGF-1. In addition, GH secretagogues(GHS) also have neuroprotective and cell regenerative effects per se in the brain. Altogether, data suggest that  may be used as agents to enhance cell genesis and neurogenesis in the adult brain. Theoretically these substances could be used to enhance recovery after brain injuries. PMID: 19955757. . 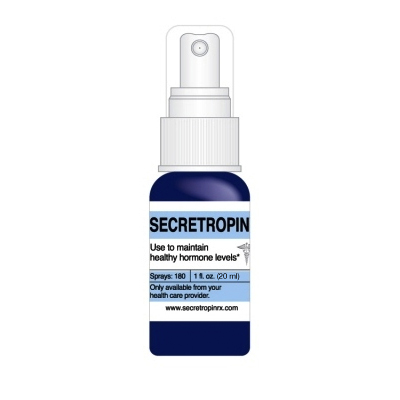